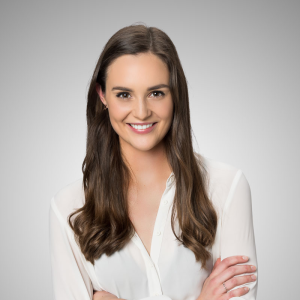 Indy Lynch
It’s an interesting day for anyone in social media marketing. As of 8am this morning, Instagram has removed likes from its app. Well, not totally. They’ve removed the little number you see: “Sonder and 7,065 people like this”. It’s an interesting day for anyone in social media marketing. As of 8am this morning, Instagram has removed likes from its app. Well, not totally. They’ve removed the little number you see: “Sonder and 7,065 people like this”. So now it reads: “Sonder and others like this”, or if no one you follow has liked the post — nothing will be displayed.

We’re kind of Instagram’s guinea pigs for this one. Australia, along with Brazil, Canada, Ireland, Italy, Japan, and New Zealand are the only countries who’ve received the timeline update. Instagram say they want your friends to focus on your content, not how many likes it gets. Users can still see their own ‘like count’, you just can’t see others’. You can still see who’s liking other people’s posts too, so if you really wanted, you could count them up. The idea here, is to eliminate the comparison aspect.

What does it mean for social media marketing?

The good news is that you can still see your likes total. So the ideas that had been circulating when these changes were first announced, that you wouldn’t know how your content is performing is mostly false. You’ll still be able to compare likes on your own posts.

Facebook officials have also made promises that insights from your business account won’t change. So you’ll still get to see all that data. The thing that makes the likes situation tricky for brands and businesses is that comparison. One of the best ways to learn about how different kinds of content perform in your industry, is to stalk your competitors.

The other tricky thing is influencer marketing. A classic technique when it comes to influencer marketing is to search a hashtag that suits your brand, look at the top posts, and find the influencers that are raking in the likes. The ‘top content’ algorithm may not change along with the likes but it still could become slightly more challenging. It also means there may be more of a focus on influencers’ ‘following’ ratios — which aren’t nearly as reliable, especially when we’re talking about engagement.

Data mostly. It’s not news to anyone that social media is designed around consumer psychology. The little pop-up love heart on Instagram is legit designed to excite us. Getting a like on Instagram gives us a rush of dopamine — the same thing that happens when we drink alcohol or have a good workout. It has a lot to do with the anticipation and the risk. Subconsciously, when we post it’s kind of a risk. We don’t know if anyone will like, so when we get that like, our brain is cheering — Harvard University have explained this way better than us.

The thing is that social media is free. You don’t pay for Instagram, so it has to make money from advertising. To make more money from the platform, we (the users) need to use it more. So for years on years, social media giants have subtly found different ways to get us to use their platform.
So now, data is telling us that how we use social media isn’t as healthy. It’s actually affecting our younger population pretty poorly. The Guardian unpacked some of the (monstrous amount of) data back in January and highlighted a link between teenage girls who used Instagram more and a higher chance of being depressed.

Are people happy about it?

Mostly, people are viewing this as a really good thing. They reckon it’s a step in the right direction to taking the pressure out of social media. Others are just furious that there’s still no chronological order on the ‘gram.

Don’t trust anyone with a massive following talking shit on the new #instagramlikes concept. Anyone talking shit like ‘people buying followers and we won’t be able to tell if their pics have likes etc’ it’s about actual engagement – likes aren’t genuine engagement anymore.

We want our friends to to focus on our content too. But they can’t because you only show it 10 percent of someone’s following. Visible likes/views aren’t a problem. Your manipulative algorithm is. We dont wanna see a post 2 days late. Bring back chronological timelines.

In a post titled “Our Commitment to Lead the Fight Against Online Bullying”, Head of Instagram, Adam Mosseri announced they’d be rolling out a new feature. The feature will use AI to try and stop negative, bullying, or harassing comments being posted. Basically, you’ll receive a pop-up from Instagram warning you that your comment may be considered offensive.

Mosseri says, “As our community grows, so does our investment in technology. This is especially crucial for teens since they are less likely to report online bullying even when they are the ones who experience it the most.”